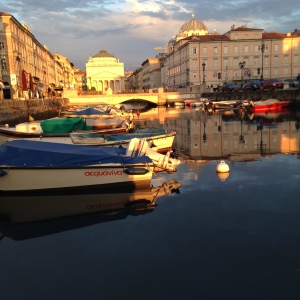 Well, we’re back in Cairo and immersed in school stuff already. Before things get too full-on, though, I’m going to write about the second part of our summer.

I already moaned in an earlier blog posting about Alitalia losing our bags, so I won’t dwell on that any longer. Our first night in Trieste wasn’t much fun—we had stayed late in the airport filing a report on our missing bags and spent that night in an airport hotel near the highway, so we didn’t get any sense of the surrounding area. We were all pretty wiped out and woke up late the next day, still jet-lagged from New York.

That’s where the adventure began. We took a taxi back to the airport so we could pick up our car and head to Slovenia to meet T’s oldest UNIS friend in Ljubljana, his grandmother’s home town. What a gem.  I had considered going to Venice that day, but a friend convinced me that I was missing an opportunity. Boy, was she right. 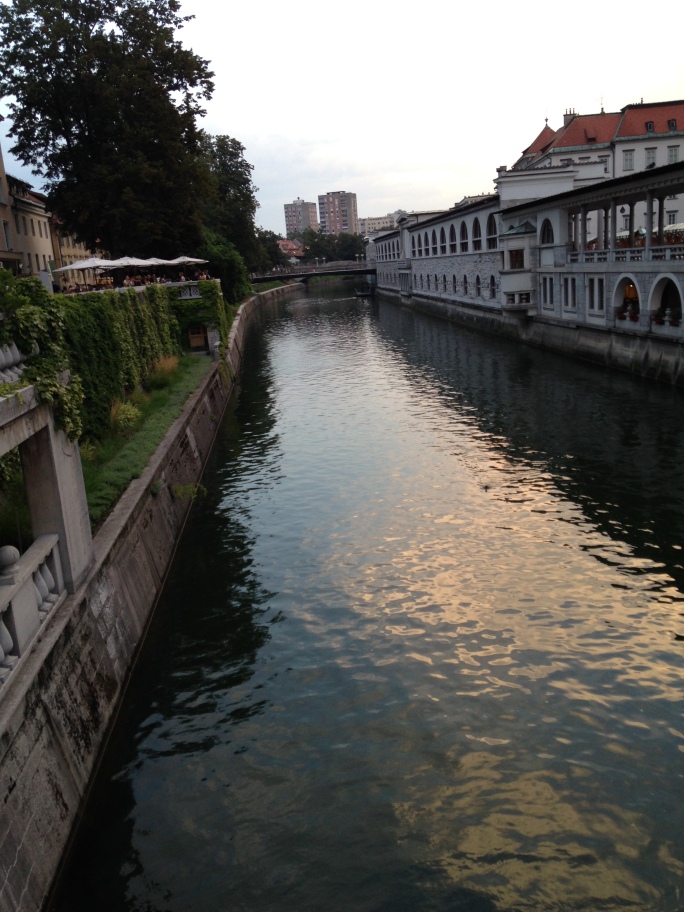 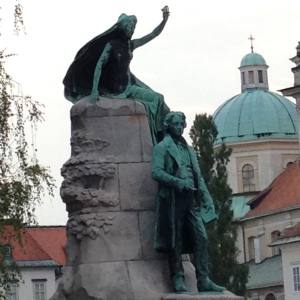 Ljubljana, the capital of Slovenia, is gorgeous. We stayed in the center of town at a place called Hotel Slon, and the staff there couldn’t have been nicer. On our first night we meandered down to the pedestrian zone in the Three Bridges area, which is flanked by restaurants with outdoor seating. We had a terrific meal and, thanks to our attentive waiter, I sampled several delicious Slovenian wines.

Our friends arrived later that evening and the next day we all explored the city together. We walked through the downtown area and took a funicular up to the Ljubljana Castle, which provides stunning views over the city.

The following day we all caravaned to a nearby town called Postojna, which boasts the second-longest cave system in the country, and the only deep cave I’ve ever been in. We took a 90-minute tour, which includes a train ride that ferries you most of the way through the nearly 13 miles of caverns, and saw more stalagmites and stalactites than you can shake a stick at. Pretty cool.

We then drove down, still following one another, to Zadar, Croatia—about a 5-hour journey—where we caught a ferry to the mostly untouristed and idyllic island of Ugljan. No, the beaches are not sandy for the most part, but the water is so clean and so clear that it doesn’t matter. We would dive in off the dock near our house. The swimming was heavenly.

There’s a fairly developed fishing industry on the island and we were there for the annual fisherman festival, which consisted of a massive fair with entertainment by night and a parade of fishing boats serving booze and food by day. People were drinking and dancing. The adults remarked that there were no noticeable safety standards and that someone was bound to go overboard at some point. The kids noticed that the guys on the boat next to ours were mooning us. 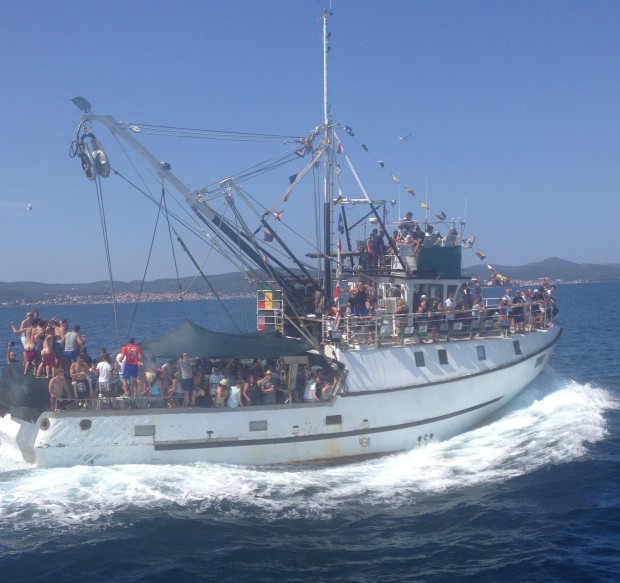 Moon over the Adriatic

We spent a lot of time on the water while we were in Ugljan, which always makes me happy. One day we chartered a boat to take us to the Kornati archipelago, a national park consisting of 140 islands. We docked at one and the captain and his wife cooked fish and pork chops over an open fire. It was one of the best meals we had while we were there. 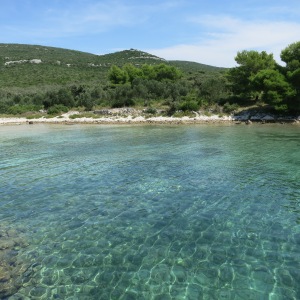 On another evening we took the ferry back to Zadar, a charming little town that has served as a natural port since prehistoric times. Locals say that, while smaller, it’s prettier than Split. I’ve never been to Split so can’t compare, but Zadar is lovely. I’d happily go back. We only spent one evening there, most of which was taken up by a dinner at a restaurant with the slowest and worst service imaginable (though decent food and great views), so didn’t get to wander around much.

The most enchanting thing about Zadar was the sea organ. It’s an experimental instrument that involves pipes embedded into marble steps that lead down to the sea. When the water whooshes into them, they emit melodic tones. It is absolutely magical. The best time to go is at high tide, when the music is at its strongest. I’d go back just to hear that again, particularly off season when it isn’t so crowded.

At the end of our time in Ugljan our friends went off to Belgrade, where T’s friend’s grandfather is from, and we drove back to Trieste. It’s not on the well-beaten tourist path, but much like the rest of Italy, it is beautiful and has fantastic food. It’s right on the Adriatic Sea and has a canal running through it, so the light is stunning. Our last night there, the boys and I sat in a café on the canal and sipped aperitifs and watched the sun set. Sheer bliss. X took some fantastic photos—seems he has a great eye.

Trieste topped off a great summer, but we were delighted to get back to Cairo. Bring on year two! 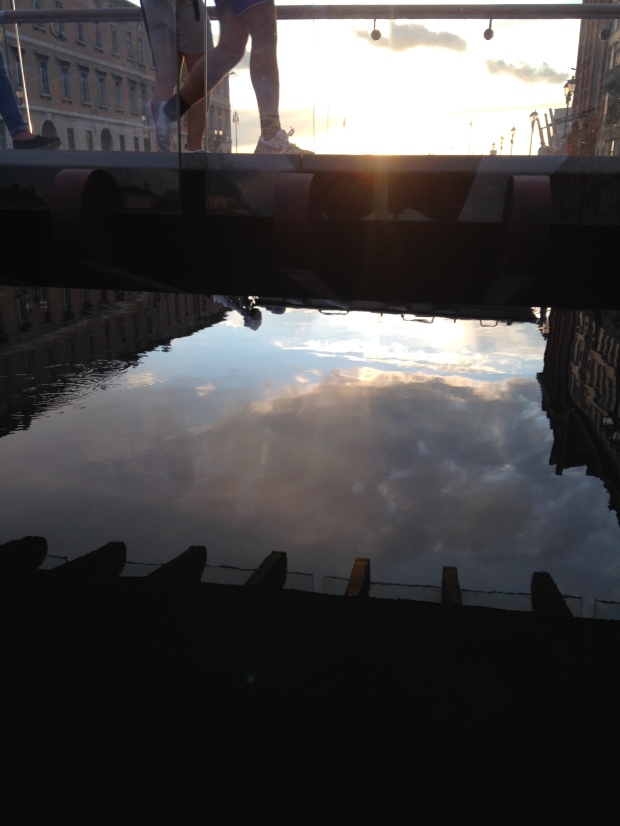 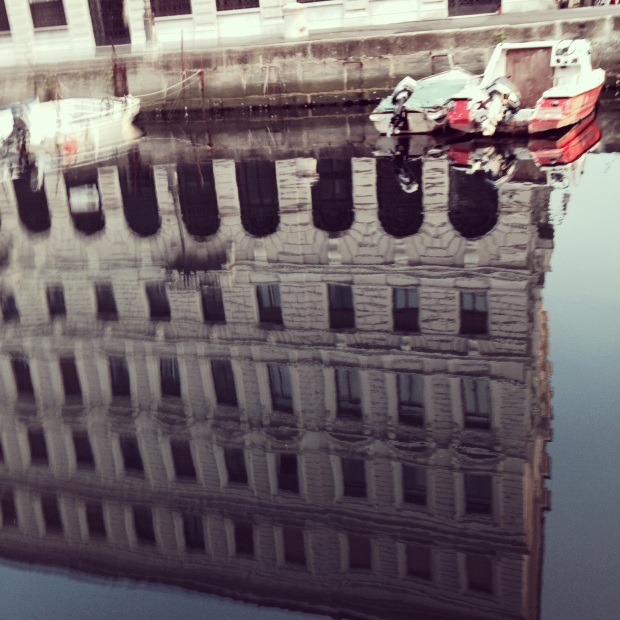 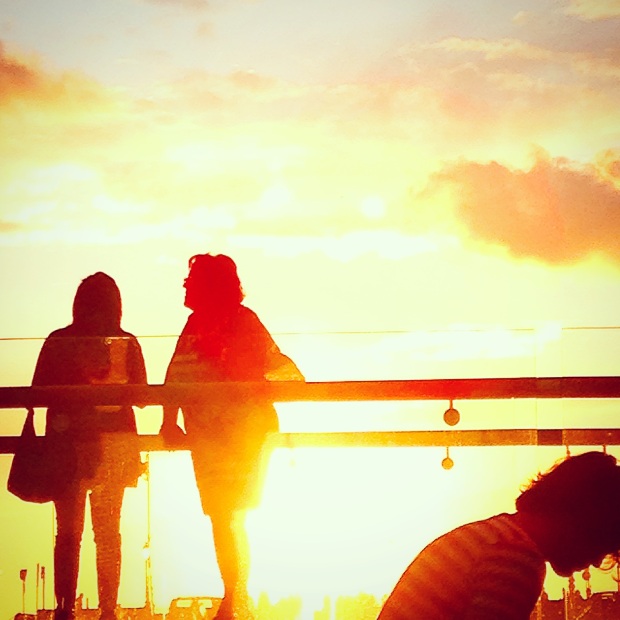 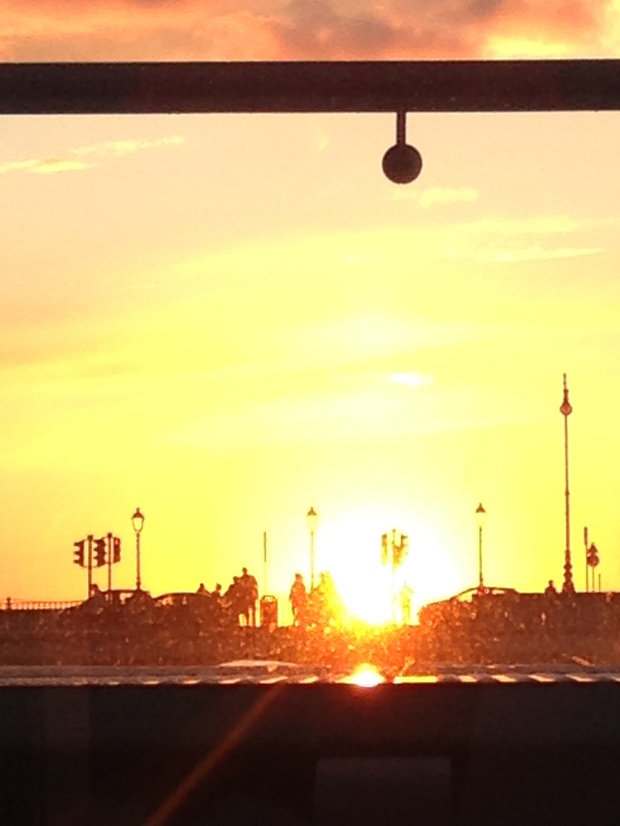